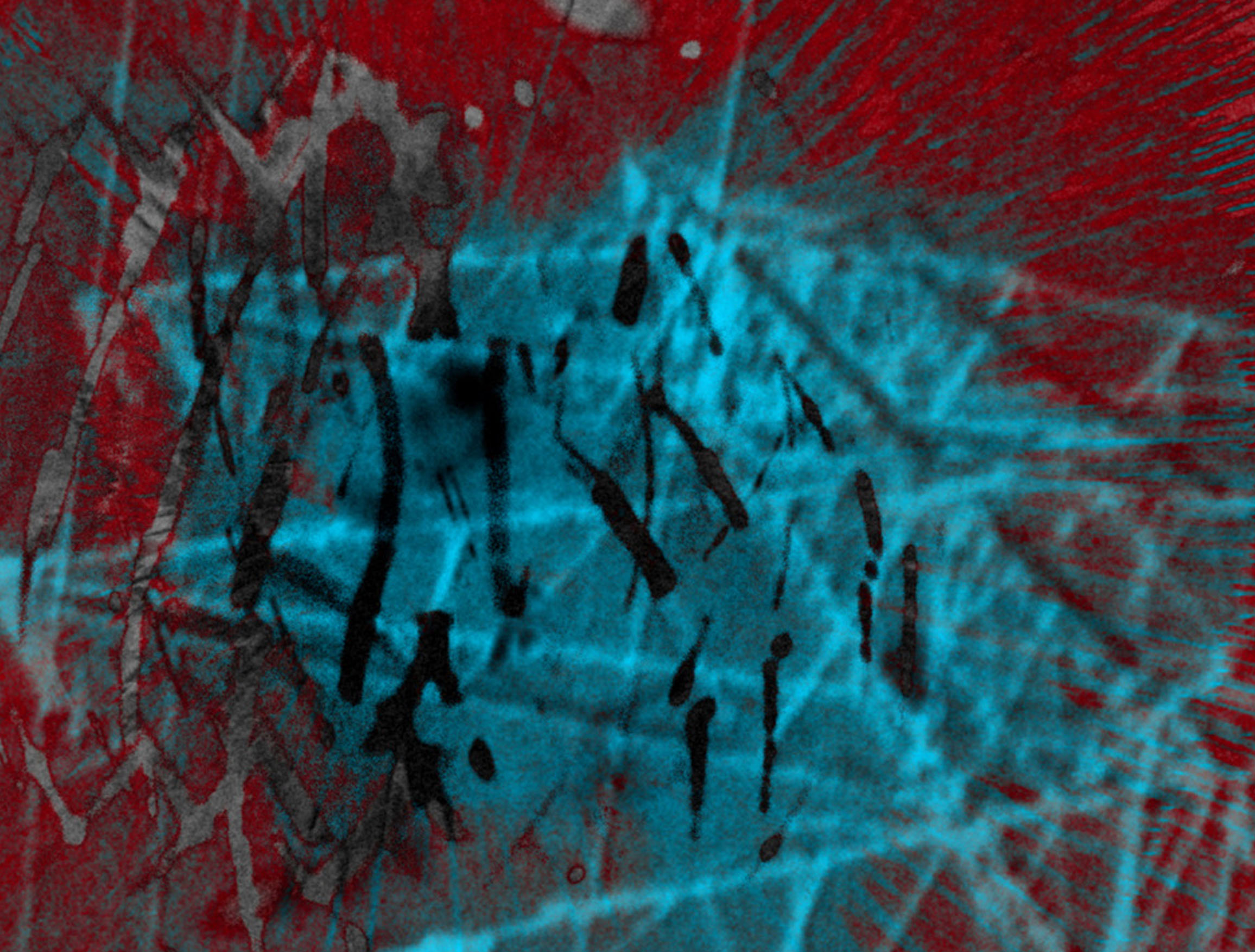 Billy Roisz and Dieter Kovačič (TWIXT) will be in conversation with Atau Tanaka following their performance.

Dedicated to the memory of Louis Benassi and Peter Rehberg.

Sonic Cinema is thrilled to present an evening of recent films by Austrian audiovisual artists exploring the boundaries of perception. Through the concepts of visual music and synaesthesia –

a neurological condition that causes a blending of the senses– these formally adventurous works blur the boundaries between the visual and sonic arts. From glitching algorithmic compositions to deconstructions of genre cinema, this programme features six digital projections by Tina Frank, Siegfried A. Fruhauf, Rainer Kohlberger, NO1, Peter Kutin & Florian Kindlinger, followed by Billy Roisz’ and Dieb13’s (a.k.a. Dieter Kovačič) live A/V performance TWIXT.

“Peter Rehberg’s track Frozen Jumper begins in hit-and-run style with a pulsating noise texture. Flickering, nearly rectangular patterns join in on the image plane, at first in black-and-white, bringing to mind the sprocket holes in celluloid film and, not least due to the lack of geometric precision, giving the impression of having a pre-digital origin. As the soundtrack rattles on in a rather minimalistic way, the pattern’s twitchy dance is submerged in various warm hues such as yellow, pink, light green, and light blue, which in a different rhythm and to a more agreeable music could be perceived as the signature of slightly psychedelic retro ambitions.” – Thomas Edlinger

“Heat is made visible and audible – or the other way around – the pulse and harmony of particular instruments is translated into thermal images: the synesthetic profit of the transformation fuels ever new image/sound discoveries. Florian Kindlinger and Peter Kutin brilliantly adopt this approach in their imagistic musical suite HEAT. Four stringed instruments (an upright bass, two cellos and a hurdy-gurdy) combine with diverse percussion instruments to constitute an ensemble generating a finely structured composition propelled both visually and acoustically by extraordinary moments of synergy.” – Christian Höller

“Rattling, diamond shaped refractions of light: a projector? fluorescent tubes? It turns out to be more like a “human machine” the filmmaker is dissecting with a fine surgical blade. And so commences an imagined dolly shot into the bloodless, post-humanoid body, travelling into an abstract space that occasionally seems to become concrete of its own accord before dissolving back into glistening streaks and ultimately, wide expanses: a cinematic worm hole leading behind the images, where the sluggish human eye is and must be subject to a trick of light arrangements.” – Sebastian Höglinger

“Rainer Kohlberger’s audio-visual compositions are always fierce attacks on the human system of perception. His algorithmic works have little in common with conventional film and video. Kohlberger uses the possibilities that the present digital projection technology offers in a radical way. However, what binds him in terms of intellectual history with the avant-garde movements of the twentieth century is the constant search for point zero, as well as the pleasure in technical and aesthetic experimentation. No motion pictures meet the retina, but instead, impulses and waves of pure light. The extreme light-dark intervals incessantly vary, climaxing in a black-and-white stroboscope storm.“ – Norbert Pfaffenbichler

“Who´s Afraid Of RGB continues a direction clearly evident in THE and TOUTES DIRECTIONS (2014 and 2017, both created together with Dieter Dieter Kovačič), digital works through which Billy Roisz specifically engages cinema and its formulas. Paralleling her previous treatment of the horror film and the road movie, Who´s Afraid Of RGB subjects the genres of romantic movies, dramas, and melodramas to Roiszian compression.“ – Alejandro Bachmann

TWIXT is a new duo-project bringing together Billy Roisz’ and Dieter Kovačič’s (a.k.a. dieb13) works as film directors and their activities as live musicians. Over the years, the two have directed and produced several experimental short films dealing with classical film genres such as horror, westerns, or road movies. The films explore the inner mechanisms of well established cinematic conventions and turn them into an immediate sensual experience. TWIXT uses re-arranged footage of these short films as a score for a live soundtrack and fuses abstract and concrete imagery and sounds into a synaesthetical and synecstatical media-meltdown.